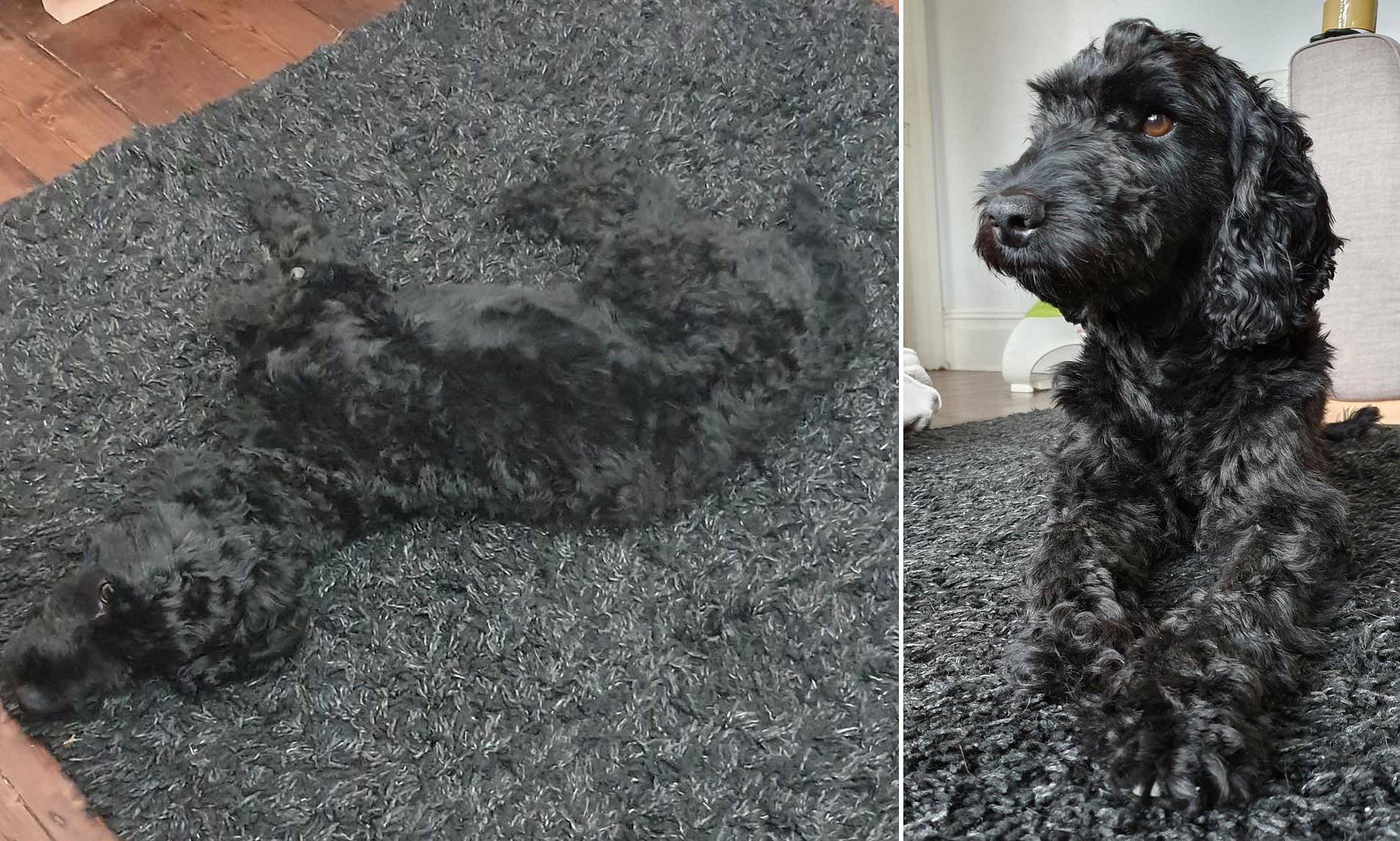 Want to scare some visitors? Place your invisible dog near the door.

Invisible dog? What does that mean? Well, just look at the picture. Clearly, you can see the invisible dog blending in almost perfectly. But imagine you’re the dog and somebody doesn’t notice you. You might blend in a little too well.

According to his owner, poor Indiana Jones – the dog in the picture – faces a dilemma. He loves to relax on the carpet; however, when he lies on it, someone often steps on him. Poor guy.

Unfortunately, winter exacerbates the problem because the dog loves to take the opportunity to relax on the rug near the fireplace. Worse yet, the family’s black cat, Brown Bear, also loves to lie down on the carpet and relax. Thankfully, the dog and cat have yet to be hurt.

Eventually, Indiana picked up on the correlation between relaxing on the rug and accidentally tripping people. Now, anytime anyone even hints at standing up, the dog is alert to the threat. He sits up, as if ready to be stepped on.

Vicky describes the trouble with her invisible dog blending in:

‘That can be a bit problematic but they’ve learned to move out of the way when we stand up as if to say “I’m here! I’m here!”

‘I’ve been looking for him before and not seen him because he’s on the rug. It caught me by surprise the first time. We’d just had the living room done and my mum gave us this rug. He just sat on it and we couldn’t see him.

‘The rug matches his fur. He’s started going grey, bless him, and there are grey flecks in the rug. He does blend in very, very nicely.

‘I’ve nearly tripped over him countless times but he is learning to move. If he’s been on a big walk he just lays out on the rug.’

Bit of a jokester

Despite probably not realizing that he blends in with the rug, Vicky believes that Indiana lies on the rug as a ploy for attention.

‘He’ll be all waggy-tailed, I think he does it for attention, to be honest. Now we’ve got two kids in the house, he doesn’t get as much attention as he usually got.

‘Between the two of them, with the black cat too, it’s funny.

Like his namesake, Indiana Jones is a bit adventurous. Apparently, he will run off until he can no longer see his owners and then retreat into view. 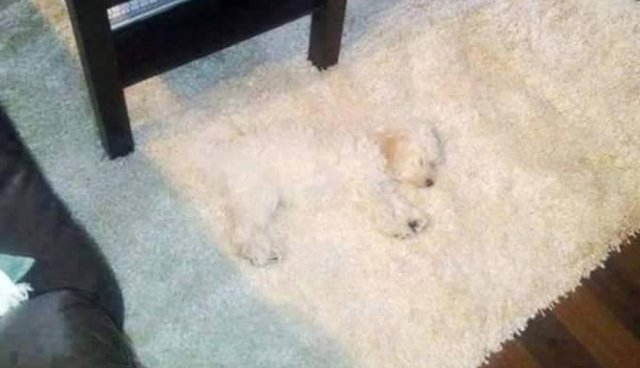 Another dog, this time white, is almost indistinguishable from the rug beneath him

Information and pictures in this article sourced from the Daily Mail: https://www.dailymail.co.uk/femail/article-7111591/Invisible-dog-blends-shaggy-rug-hes-learned-jump-owners-move.html?ns_mchannel=rss&ito=1490&ns_campaign=1490