Sully is a yellow Labrador Retriever who is a member of the Bush family since 2018. He is a service dog for the former president George H.W. Bush. He can perform a list of commands which includes, fetching varied things and answering the telephone. He helps the former president in going about his daily activities.

Sully was named after a very famous pilot named Chesley “Sully” Sullenberger III, who was known to have safely maneuvered a damaged plane landing into safety. He was able to save all the passengers aboard the jet plane by landing on the Hudson River. Thus, the name was given to the service dog, to honor the heroic act of the airline pilot.

All praises are given to Sully, the dog as he can perform a two-page list of different tasks!

He was upset though when the former president passed away. In fact, he was seen lying in front of George H.W. Bush’s casket as if honoring his former master. There was even an Instagram post on Sully’s page that read, “Mission Complete”, pertaining to his services to the former president. 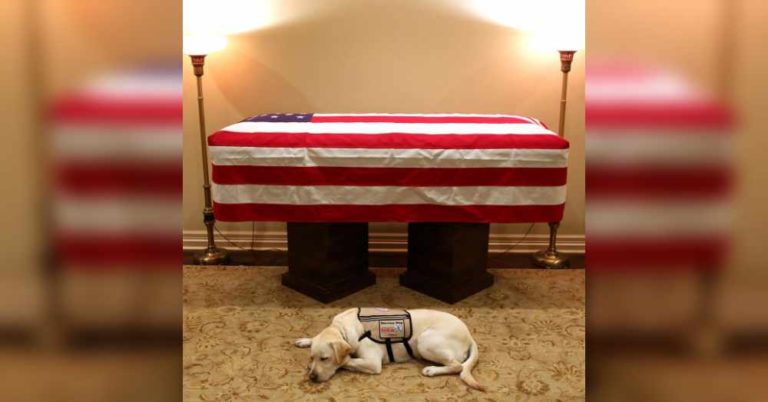 And Sully’s service does not end there, in fact, before Bush died, he made it clear that Sully should be able to help other veterans and find a new job.

He just recently attended a welcome ceremony in Bethesda, Maryland, where he received a pin indicating his new rank as a companion and support to veterans. He is to wear the pin on his vest as he serves at a military hospital. 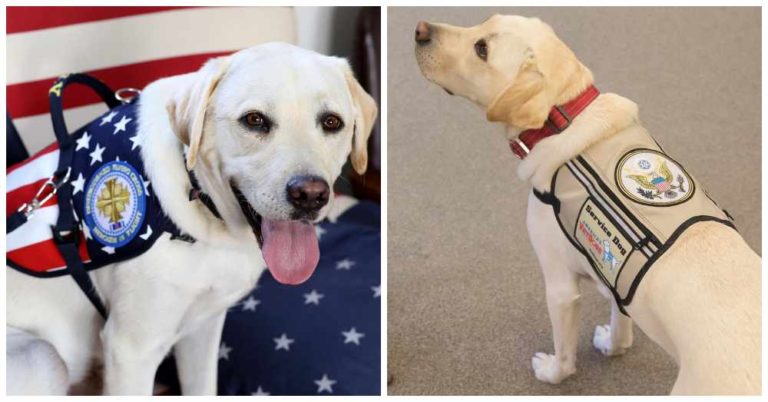 Valerie Cramer, Sully’s trainer said, “Sully’s new role is to visit injured veterans together with their family. It is his task to offer comfort and support specially during the time of recovery and rehabilitation for these service men. In this way, he is finally fulfilling former President Bush’s wish.”

The Bush family will forever be grateful to Sully. And although they would very much want to keep him in the family, they have decided that it is best for him to use his unique training helping other veterans. They are very sure that Sully will do many more amazing work for the veterans.